The Downtown Independent Theater is located in the heart of recently revitalized Downtown Los Angeles. Designed by the award-winning architects HplusF, the space is light, sleek, and modern. The main space, the theater, is a 160 seat cinema space that forms the hub of this compact multi-purpose project designed by Hodgetts + Fung. The theater was originally constructed in 1923 as the Linda Lea Vaudeville house. 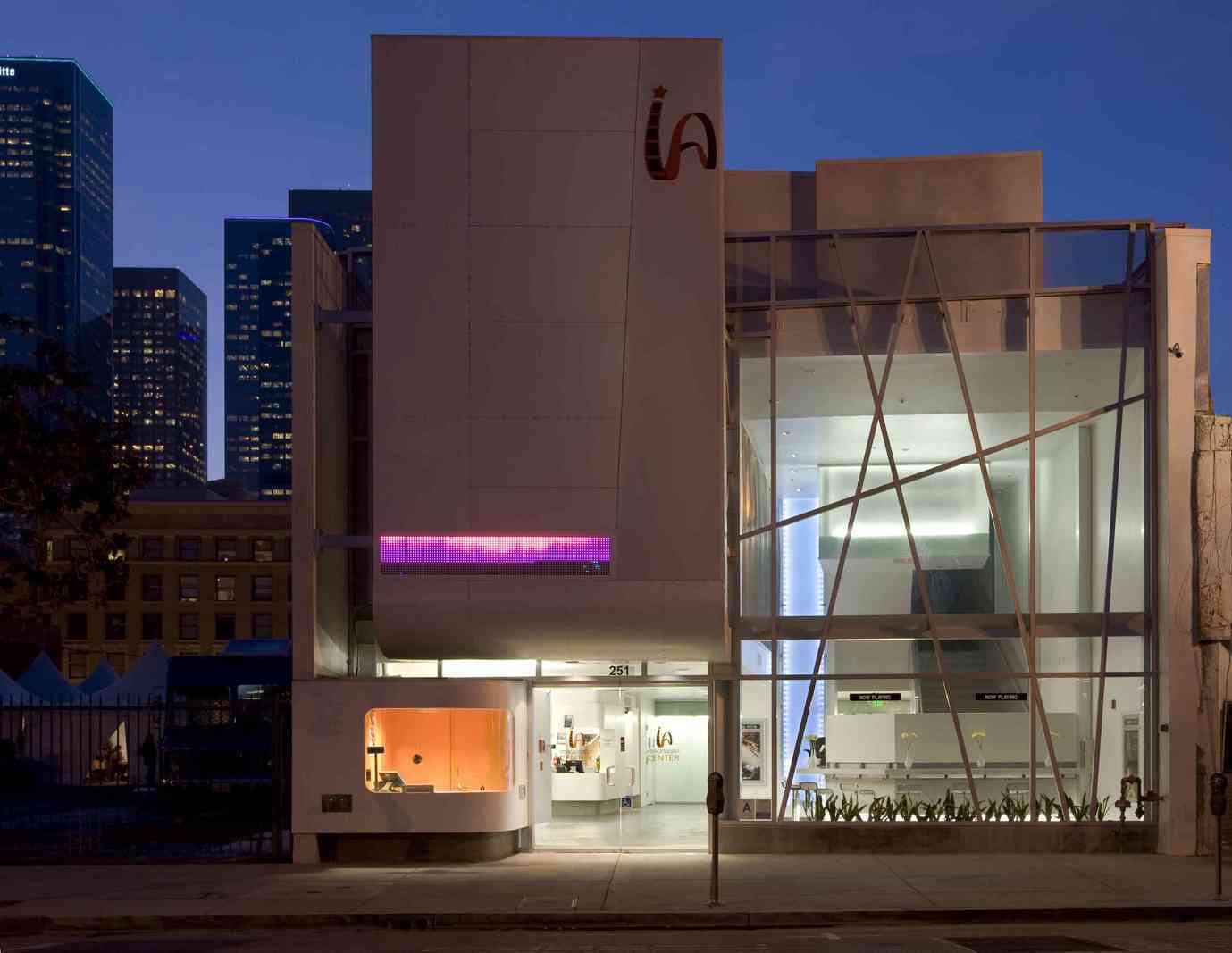 A dramatic street presence, visually accessible lobby space, and seamless materials combine to create a powerful brand identity for the Downtown Independent Theater, formerly known as the Imaginasian Center Patrons first encounter a luminous, molded box office, which extends into the project to provide an enclosure for the concession stand. It is complemented by a deep, two-story lobby space accented by a vertical, glowing display on which coming attractions are featured. 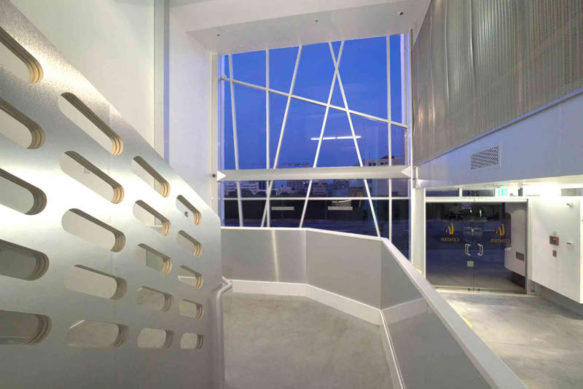 Within the theater, backlit images of Asian destinations provide illumination for the darkened space which is accented by a single, intensely colored balustrade. Seating areas are supplemented by two tiers of Executive lounges, and fully accessible areas are distributed throughout the auditorium. A state-of-the-art THX sound system, consisting of a special, room-sized sound cavity behind the screen, carefully positioned speakers, and a specialized “clean” power system completes the theatrical experience.

Due to the transitional nature of the location and the need to provide a low-maintenance and highly visible street presence, the surfaces of the Center are composed primarily of glass and aluminum, accented by a unique, seamless plastic box office enclosure, which is impervious to graffiti.