The artist Teresa Jareño will compose a soundtrack for Antarctica

This weekend Teresa Jareño, the twenty-seven- years-old student winner of the artistic scholarship of in Antarctica organised by Technarte in collaboration with the the Antarctic National Management of the Argentine Republic and the University of the Basque Country / EHU, has departed to the Antarctic Continent. The project will be based in the direct relationship with technology, and will be also presented in the 2016 edition of Technarte with its programme of International Conferences on art and technology which will take place in Bilbao the next 19th, 20th and 21th May 2016.

We have been with Teresa the days before her departure to Antarctica to tell us their feelings before embarking on this adventure to the Antarctic continent. 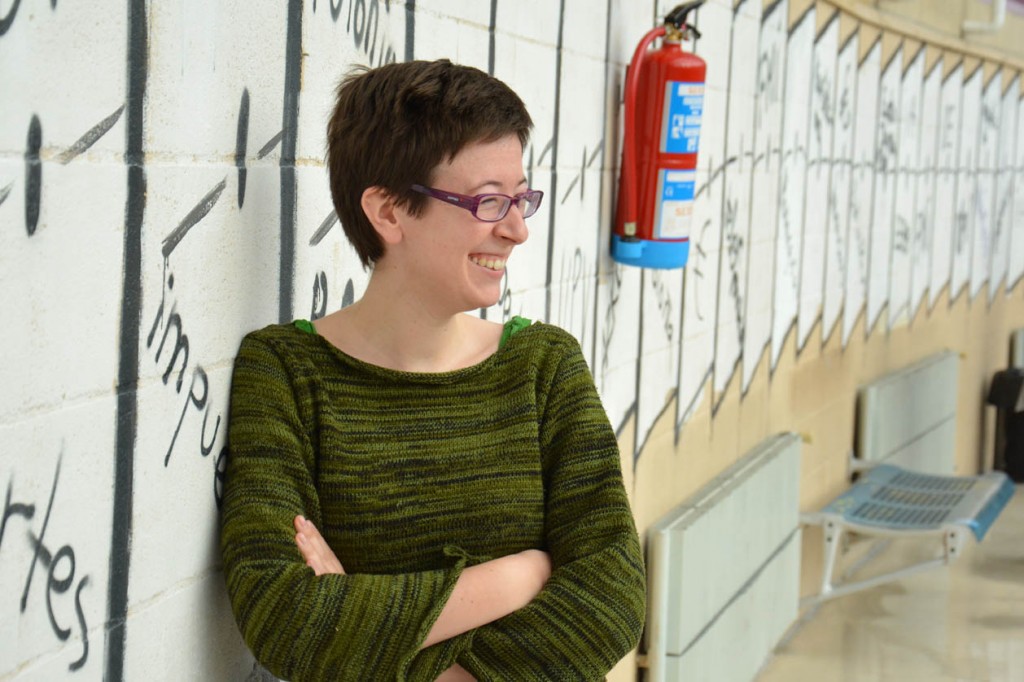 What led you to present yourself for such an exceptional call based on  carrying out an artist residency in Antarctica?

It is an extraordinary place that has no equivalent in the world. The colder temperatures in the world, stronger winds and the largest accumulation of ice are given there. My intention is to express that everything we do affects the continent and to transmit what I observe through art and technology.

Antarctica is not a common workplace. How will you cope with the stay in the ice, isolated, and being away from your family and familiar surroundings?

It is very hard, because the conditions of the Antarctic environment and the challenge that it supposes to remain at the base. The sense of isolation will be new to me but we will count with the help of the staff who is there.

How long will you be there? What preparations have they recommended you to consider?

I will travel to Rio Gallegos (Argentina) on 18th October and I will establish at the base of Carlini from 20th to early December. Carlini is a permanent scientific station of Argentina in the Potter Peninsula of May 25th Island (or King George) belonging to the archipelago of the South Shetland Islands. During the summer the temperature ranges between -2 ° C and 3 ° C, and during the winter the average temperatures are around -10 ° C and -20 ° C, so much of my suitcase space will be occupied with warm clothes. I have to bring from Spain all the material I will need to develop my artistic project such as personal items and medicines.

“Bone of Water” is the name of your art project, why did you choose this name?

It is a very curious story that comes from the Orinoco. The guaraos, an indigenous people of fishermen, agriculturists, great navigators and craftsmen, gave the ice the name of “bone of water”  the first time they saw it, because of the climate of that area they had never seen before and because they were totally surprised . It drew so much attention from me that I decided to call my project this way.

What will your project be based on?

With an area of over 14 million square kilometers, the population of Antarctica is between one and five thousand inhabitants and all are concentrated in the 65 scientific bases that are scattered throughout the continent. The rest is empty. This means that there isn’t, today, a population with an identifying sound of their own. My project will consist of creating and looking for this sound, a soundtrack characteristic of the continent based on natural resources that I will find. I will use technology as well as my own knowledge of music that I that due to my dual academic formation I have nowadays.

What kind of sounds do you expect to find there?

Penguins, sea lions, seals, are some of the animals that I hope to meet. My purpose is to record the rhythms of the locals, animals, wind, ice, etc. However, in a context of global warming, we must take into account the changes that have occurred in the continent due to the connection of greenhouse gases with the temperature increase due to the ice probing. I’ll probably have to adapt myself to what I find there once I set myself.

This call organized by Technarte emphasizes the use of technology in the creative process or production of the work art. What is the relationship with art and technology that you integrate in your project?

First of all, it is clear that without the help of technology it would be impossible to develop my project because I need all kind of instruments to record the sounds of the place. I will use tape recorders, stereo microphones, contact microphones and a hydrophone and, finally, an audio program to collect all these sounds and transform all in a final artistic expression that truly represents what the continent transmits.

The final result of the work art will consist of an interactive installation with motion detectors in which visitors will be part of the work itself, modifying it in every moment with their own presence.