The International Conference on Art and Technology organized by Technarte landed in Los Angeles on December 10th to celebrate its first edition across the ocean. Artists and professionals from the different fields of art, technology and science arrived at Writers Boot Camp located at Bergamot Station, the most important art galleries complex in the city of Santa Monica in California.

For two days fascinating projects and works of art were showed in which science and technology had a major role. Note the work of the Iranian artist Benhaz Farahi who received the award for the best presentation of this first edition of the Conferences in Los Angeles. 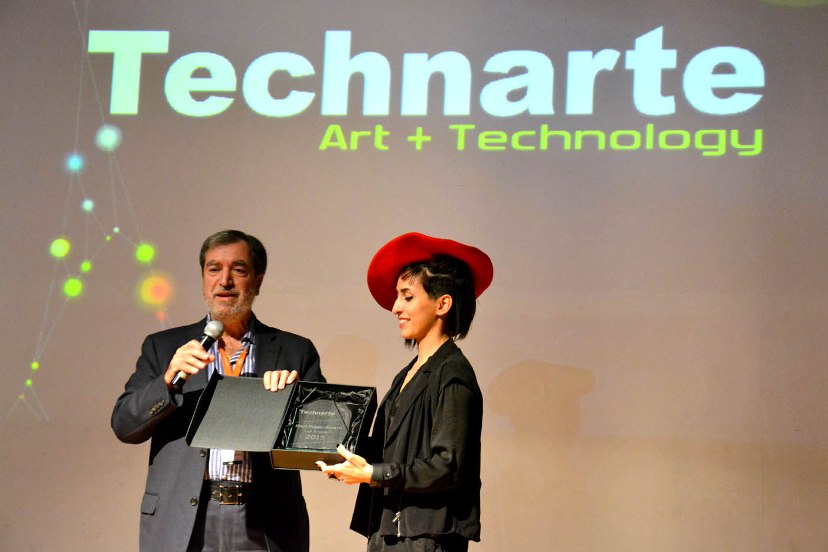 During this first Los Angeles edition different issues were tackled such as the Nano Art from Alessandro Scali’s hand, the multimedia and interactive architecture facilities by the American architectures Cameron McNall, Elena Manfredini and Jennifer Steinkamp, the robotic art with with the Spanish OPN Studio, or the Bio art, Sciart, Mobile Art or interactive wearables among other disciplines. Two days filled with inspiration and the goal of generating new opportunities in the artistic and technological industry.

On top of that Technarte designed its first “Technarte, fusión de arte, ciencia y tecnología in the in the Downtown district, in Los Angeles’ center, the 12th of December, Saturday alongside the exposition artists. The LACDA, Los Angeles Center of Digital Art will harbor the exposition until the 2nd of January where artworks of the Spanish Patxi Araujo and Jaime de los Rios, Belgium Frederik De Wilde, Argentinian Joaquín Fargas and from Italian Alessandro Scali. 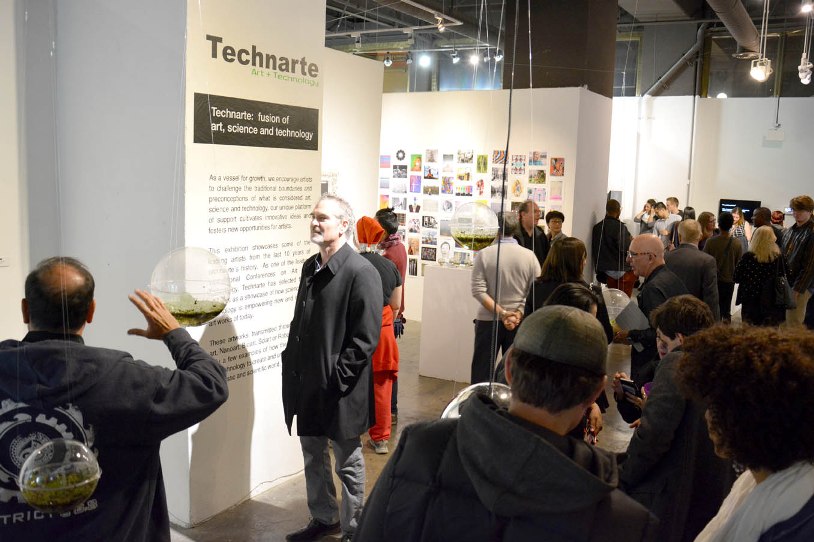 Opening of the exhibition “Technarte, fusion of art, science and technology”, in LACDA of Los Ángeles

After 10 years organizing the International Conferences on Art and Technology in Bilbao, the leap made by Technarte is a step forward in its commitment to strengthen the links between art and technology. Los Angeles has proven to be an international reference in the fusion between the two disciplines, and, as a result, there will be created new technological artistic projects with different entities based in Los Angeles.