Technarte celebrates its tenth anniversary with a great reception

About a hundred people attended the Technarte’s tenth edition in Bizkaia Aretoa/UPV/EHU, the International Conference of Art and Technology, that gathered the most important international artists, researchers and creative engineers of the moment. 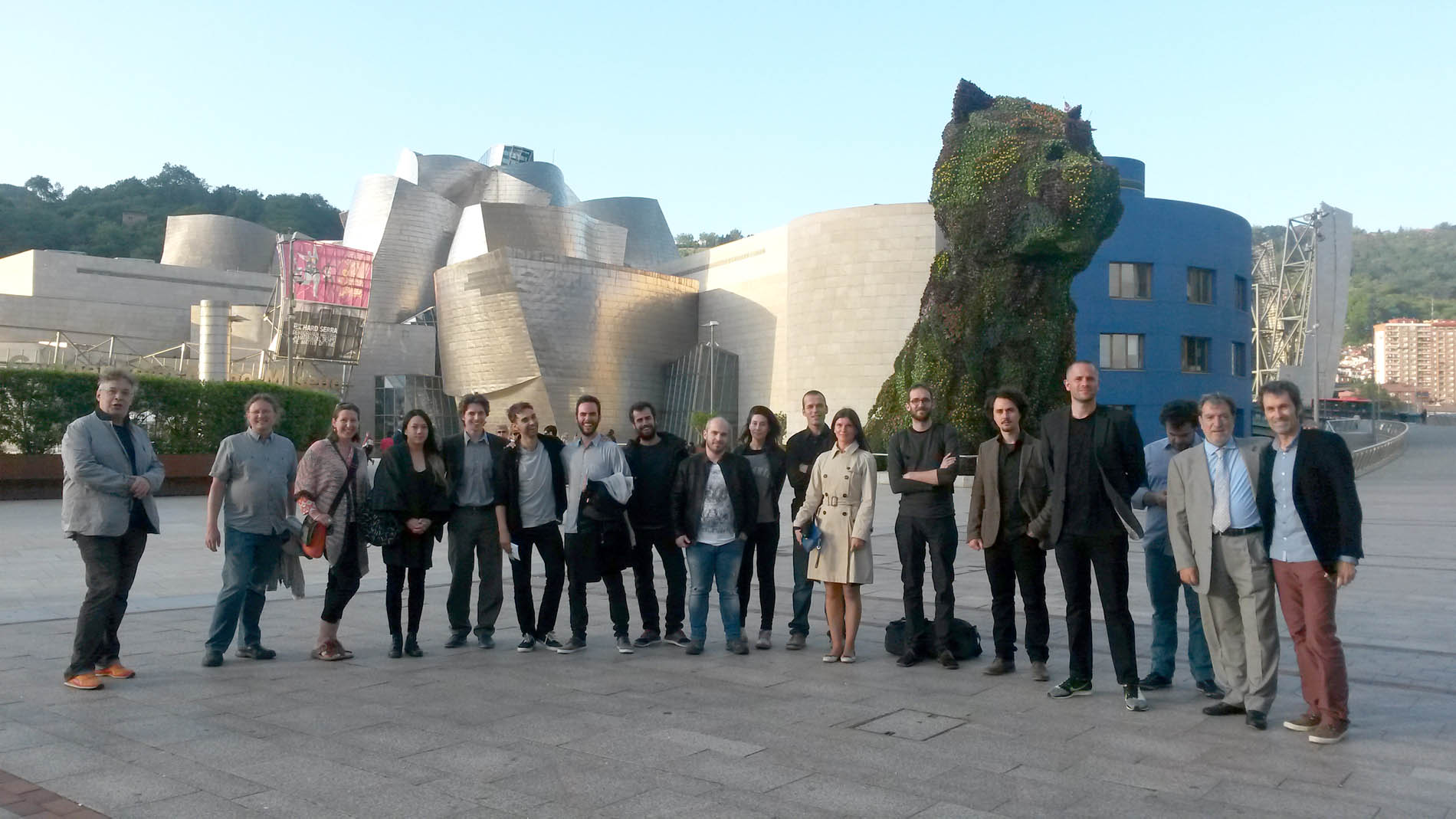 The new technological trends applied to the artistic creation were the core of the event organized by Asociación Innovalia during the days 28th and 29th of May, which is already part of Biscay’s capital since 2006. More than a dozen speakers shared their experiences and explored the possibilities that technology brings the artists when addressing their creations as well as designing creative formulae to represent data. “Events like Technarte allow new and innovative ideas and projects to be born within the artistic and technological field” said Jon Astorquiza, Technarte’s director.

Thursday was a day full of a way variety of speeches carried out by different artists. One of the most outstanding cases was Sougwen Chung’s turn, a multidisciplinary artist whose work, in which light is the main element, explores the contrasts between different dilemmas such as the humanity and the machines or the technology and emotions. That’s what Susana Ballesteros and Jano Montañés, the founders of OPN Studio, whose work reflexes upon the individuals as social beings in a wide context. Both artists explained the creative process of many of their mechanized sculptures, in which technology, art and science converge. “The intention between the witness and the work is totally necessary” they said, “this kind of artistic creations use the technology with the purpose of having an emotional impact on the public”.

What can we learn from present cultures and societies by analysing and visualizing billions of photographs and shared videos in the social media? Can we analyse Big Data without using numbers? These and other questions were answered on Friday, where professionals such as Domestic Data Streamers, a team formed for Pau Garcia and Axel Gasulla, both designers from Cataluña, presented one part of their latest interactive installations related to Big Data.

In the case of Russian artist called Lev Manovich, these issues were resolved using recent examples conducted by himself in his own laboratory, presenting projects in which he analyzed 2.3 million Instagram photos of 13 different cities, a selfies compilation project in Instagram or an interactive display of the life of New York Broadway Avenue through more than 30 million images and locations, but curiously without using any map.

The russian artist Lev Manovich during his presentation

The meeting, definitely, was used for bringing together different professionals from the arts, science and technology. Similarly, the impulse taken after these 10 previous editions has resulted in an incentive for the next edition of the conference which will take place soon in Los Angeles, a city which is continually looking for opportunities and ideas to support the fusion of technological development with the creativity of the artists, breaking the barriers of the traditional art and exploring new disciplines which use technological innovation as a way of artistic expression.