Raven Kwok is a Chinese artist, designer, creative developer and freelancer. He says that he does everything thrown at him. Coding expert creating artworks through computer programming, he began learning to code with Flash in the early 2000s inspired by pioneers such as Yugo Nakamura or Eric Jordan (do you remember the bizarre web-based experience of those years?). And actually he codes his artworks mainly using processing, one of the most used programming language used by artists and designers around the world. 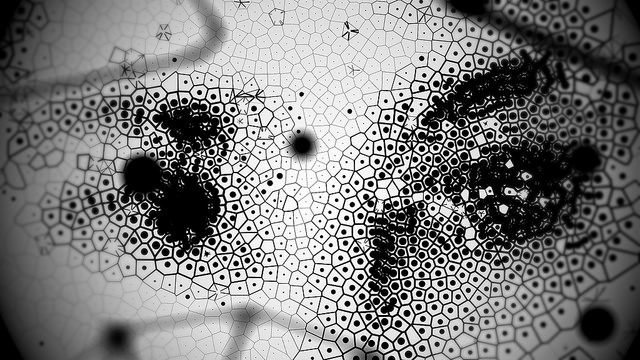 Raven’s artistic and research interest is based on exploring generative visual aesthetic brought on by computer algorithms and software processes. He builds up systems with customized rules and algorithms to generate and produce the visual outcomes.

Skyline is a code-based generative music video he directed and programmed for the track Skyline by IA artist Karma Fields. The entire music video consists of multiple stages that are programmed and generated using Processing. 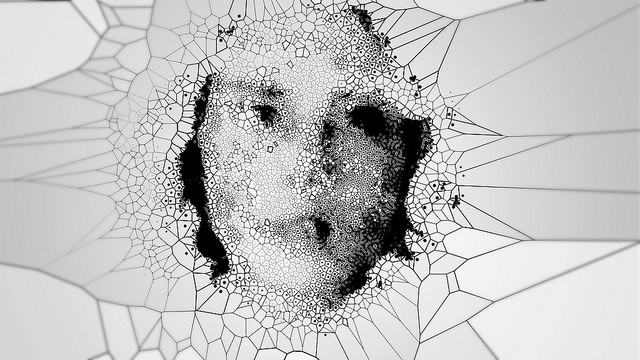 One of the core principles for generating the visual patterns in Skyline is Voronoi tessellation. This geometric model dates back to 1644 in René Descartes’s vortex theory of planetary motion, and has been widely used by computational artists such as Robert Hodgin, Frederik Vanhoutte, Diana Lange, Jon McCormack, etc. In Skyline’s systems, seeds for generating the diagram are sorted into various types of agents following certain behaviors and appearance transformations. They are driven by either the song’s audio spectrum with different customized layouts, or animated sequence of the vocalist, collectively forming a complex and organic outcome.

Other works such as the most recent 1194D^3 is one of the Raven’s Algorithmic Creatures based on finite subdivision. This project, which was born in 2013 was improved and revised this year into an immersive triple-screen audiovisual installation for a recent exhibition in China curated by Wu Juehui & Yan Yan at Today Art Museumin Beijing. 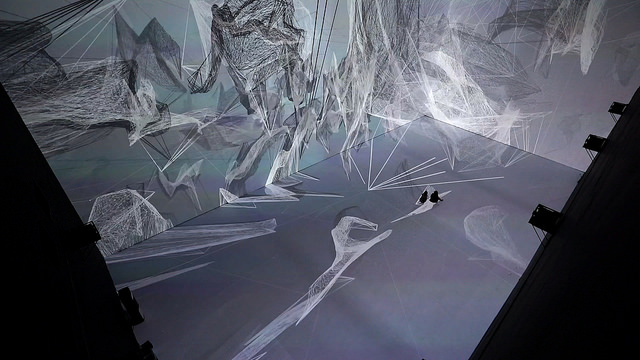 The entire visuals have been programmed using Processing and later composed and exported using Premiere. The final result is an inmersive and hipnotic installation.

Raven Kwok is one of the selected artists who will do a presentation in Technarte 2017, the International Conference on Art and Technology that will be held in Los Angeles on 16th and 17th of November. A unique chance to get to know first-hand the artist.