Paul attended the High School of Art and Design, studying set design, package design, illustration and advertising. Paul was accepted into the Cooper Union School of Art and Architecture where he excelled at sculpture, and became a shop instructor for metal working, welding, bronze foundry, wood working and ceramics, instructing fellow students like Joel-Peter Witkin, a major USA photographer in miniature model building. He also began a series of special programs for minority groups which lead to him heading a special department for minority issues in enrollment. While studying under conceptual artist Hans Haacke, Paul was introduced to the school’s formidable lecture series, which allowed him to work with Buckminster Fuller on “The Nature, Purpose, and Environmental Survivability of Modern Architecture.” He also studied with poets and writers such as Gregory Corso, Alan Ginsberg, and Norman Mailer.

THE PRAYER ROOM 2011: N.Y.TIMES from PAUL-FELIX MONTEZ on Vimeo.

He had exhibits in the Ten Downtown exhibition, the Fulton Street Pier sculpture exhibition and the 103 Reade Street Gallery in Tribeca. These exhibits were vital as they introduced him to people such as Hispanic pop artists Luis Jimenez, Mark Di Suvero, and John Chamberlain, and to conceptual artist John Van Saun with whom Paul would eventually co-create, “Bicycle Wall Crash” at the Museum of Modern art’s exhibit: “New Conceptual art 1974”. The list of Feature films he worked on as a special effects live include, Batman, Indian in the Cupboard, showgirls etc. He recently won a all expenses paid by Google trip to present his Peacewalkway at the United Nations world peace day events 2016 in New York city as well as other major global peace awards etc for his peace Walkway – VR Peace museum projects. 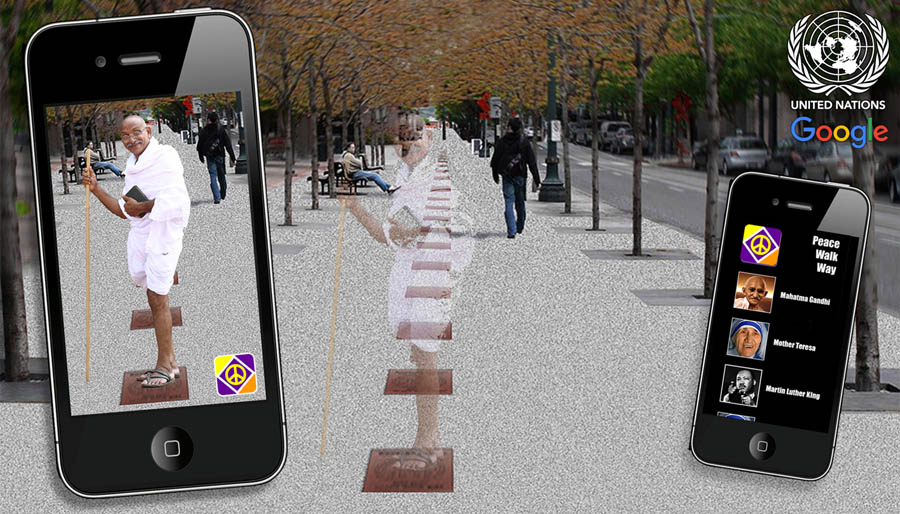